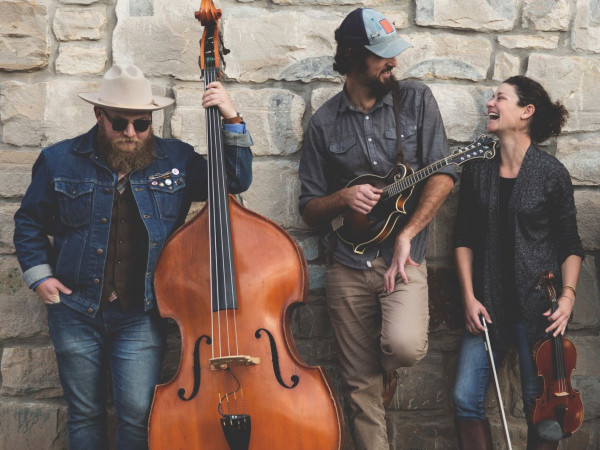 StillHouse Junkies is a one-of-a-kind creative project born out of the collective passions of three individuals with very different musical backgrounds.With chops and stylistic leanings ranging from classical to West African, blues, bluegrass, and swing,Fred, Alissa, and Cody came together around a shared goal of bringing sounds and grooves to their fans that fall outside of simple genre distinctions.

With all three band members trading vocal duties and a collective command of nearly a dozen instruments, StillHouse Junkies paint with a rich tonal palette that pays homage to their musical heroes while forging their own artistic path.

Born out of a long-standing weekly residency at a local distillery, StillHouse Junkies have quickly become a staple of Durango’s rich local music scene, establishing a solid fan base through multi-hour performances that feature soaring group improvisations, novel re-imaginings of covers from the likes of Caleb Klauder and Bill Withers, and intimate vocal-driven ballads. With strong writing and arranging skills shared by all three members, the Junkies have also built up an eclectic multi-set catalogue of original music that reflects their diverse interests and creative inclinations. Their songs run the gamut of human emotion and experience: disenchantment with the pace of modern living, dealing with adversity in its many forms, mortality and aging, and story songs that imagine reality from the perspective of a member of the Lewis and Clarkexpedition; a small-town bartender; a lonely miner; an imperiled cattle driver. They pay tribute to the remarkable diversity of both the Four Corners area of the Southwestern US and the country as a whole, probing below the surface of everydaylife to find the themes that unite us all as Americans and citizens of the world. In March 2018, StillHouse Junkies entered the studio to record their debut album, Over The Pass, a collection of 12 original songs. This effort represented the culmination ofover a year of constant writing, gigging, rehearsing, and planning and was accompanied by appearances at festivals and venues throughout Colorado, New Mexico, Arizona, and Utah.

In addition to their strong focus on first-rate musicianship, tight, intricate song arrangements, and soulful vocal performances, StillHouse Junkies are also seasoned performers with a gift for engaging audiences of all ages. There is no frontman or woman in this group: all members contribute equally to crafting and delivering fun, quirky stage banter, song introductions, and impromptu interactions with fans and each other. With backgrounds that include nearly forty years of collective experiencein teaching, coaching, volunteering, event coordinating, international and domestic travel leadership, and wilderness guiding, the Junkies are uniquely well-suited to managing the rigors and challenges of gigs large and small and to the day-to-daywork required to maintain an active, devoted fan base.